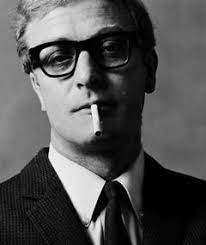 Sir Michael Caine, CBE (born Maurice Joseph Micklewhite; 14 March 1933) is an English actor and author who has appeared in over 115 films.

In the 1980s, Educating Rita (1983) earned him the BAFTA and Golden Globe Award for Best Actor. In 1986 he received an Academy Award for Best Supporting Actor for his performance in Hannah and Her Sisters.

In the 1990’s, he played Ebenezer Scrooge in The Muppet Christmas Carol (1992). He received his second Academy Award for Best Supporting Actor for The Cider House Rules (1999). Caine played Nigel Powers in the 2002  Austin Powers Goldmember, and more recently portrayed Alfred Pennyworth, the butler in The Dark Knight Trilogy. He also appeared as supporting characters in the 2006 film The Prestige, 2010 film Inception and Pixar’s 2011 film Cars 2.

Caine is one of only two actors nominated for an Academy Award for acting in every decade from the 1960s to 2000s (the other one being Jack Nicholson).